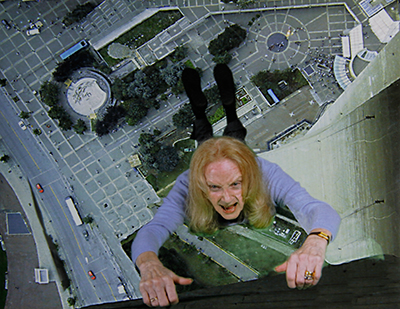 The second meeting of the new season held on Monday 21st October was to be something completely different.
Members welcomed a new speaker. Don Davis of LQF Photography to present his talk about Green Screen & Event Photography. Don had been involved in this specialized and commercial side of picture making for the past 10 years. He started his talk by explaining that this is a rapid high volume activity. When taking images at such events as Dog Shows, Black Tie Dinners and Award Presentation evenings, clients expect a finished print before the end of the event, hence take, print and pay being the norm,
Don went on to demonstrate the unique software required and the different rapid printers used which are Dysublimation and use ink ribbons and heat to produce the prints instead of the usual inkjet printers. He showed us how the various backgrounds and templates were created which would be used later on.
Following the break members had the opportunity to be 'Hands On' and create impossible scenarios by taking images of each other against the green screen and dropping these into highly amusing situations. Stuart ended up with his head in a Tiger's mouth, Terrie had her face licked by a Leopard, Robert won the Jackpot in Las Vegas, Rick caught a monstrous Carp, Cherrie ended up in a Christmas bauble and our Treasurer Sue, was left hanging on to a ledge by her fingertips at the top of a New York Skyscraper, and many more as well.
Thanks to Don, this had been one of the most interesting, informative and fun evenings we have had in a while.
Home
History
About Us
Venue
Programme
Club News
Galleries
Competitions
Events
Links
Contact us